Is it worth buying a hair removal machine for home use? 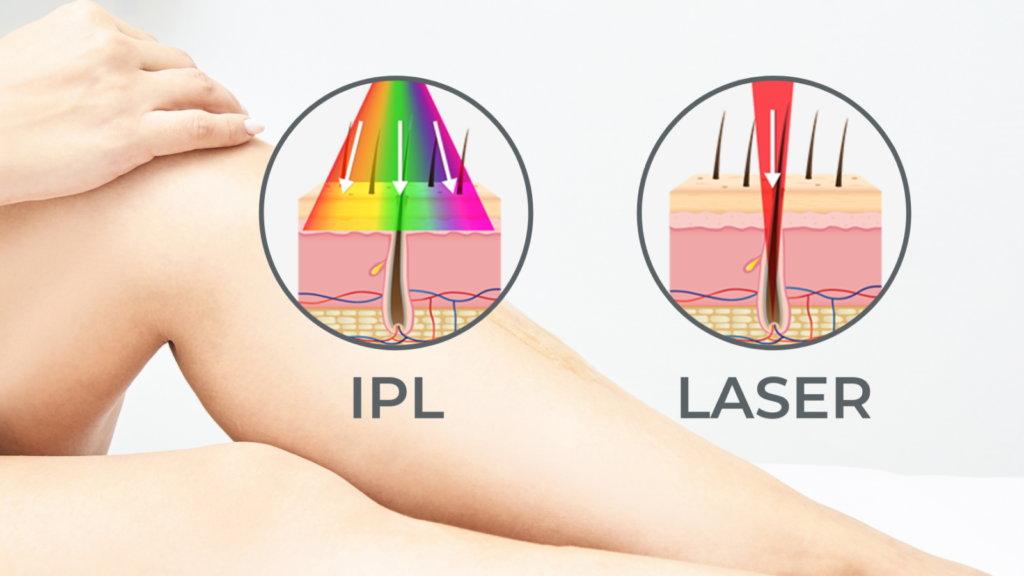 What’s the difference between IPL and Laser?
My customers often ask for my opinion about a home hair removal device before buying.
The light-based smart devices promise to remove your unwanted hair permanently, and you have two types to choose from: IPL (intense pulsed light) and Laser.
This means the IPL is not Laser. They use different light sources and technology.
Several salons advertise IPL hair removal as a Laser treatment, but it is a deception of the customers.
The same applies to at-home machines, falsely advertised as “IPL Laser devices”. They all simply use IPL, which is a broad wavelength output of noncoherent, visible light like that of a light bulb.
Because they have a wide spectrum, IPL devices were originally developed to treat as diverse cosmetic concerns as brown pigment and purple blood-vessel spots on the skin. The machines began to be used for hair removal only when in the wake of such treatments, it was noticed that hair growth also decreased in the affected area.
Actually, the problem arises from this fact. Because it has a wide spectrum, IPL attacks pigments of all colours at once, but none of them actively enough. It is effective enough for skin spots, but not for permanent hair removal.
Hair removal machines work by attacking the hair pigment with light, which is heated energy. The heat is channelled to the hair-producing basic cells, and after several treatments, the cell cannot regenerate and produce hair.
Up to this stage, the IPL seems fit for the purpose, but that’s not enough.
For the hair to be permanently destroyed, the capillaries that feed it must also be destroyed, and the IPL machines are not effective enough for this. Not even professional machines, which are used in salons.

So, at-home or in-salon treatments?
We should also mention that carrying out such treatment is subject to qualifications, because it is dangerous, and can harm your body. The machine that anyone can operate without qualifications is a weakened version, with a lower intensity and less effectiveness.
In case you don’t look like ivory-skin raven-hair Snow White, you need an experienced and trained clinician to tell you if this treatment is recommended for your skin type and hair colour. They will treat you without the risk of burning or unwanted side effects.
As I wrote above, the performance of salon IPL machines causes disappointment, so think it over. What can you expect from an underperforming DIY version?
And there is another risk of hair removal you should know about. As we all know, what doesn’t kill you makes you stronger. When the heat does not destroy the hair-producing basic cells and their capillaries, the hair will become even stronger.
If I had a pound for every time I heard “after laser treatment my hair has grown faster than before”, I’d be a millionaire. Unfortunately, this problem is real. This is a consequence of poorly done hair removal.
To sum up, buying a home hair removal device is a waste of money, so your best choice would be a series of professional treatments for a considerable and lasting reduction in your body hair.

Want to experience fast and long-lasting results? Visit my skin clinic in Manchester!

Get updates and learn from the best

This website uses cookies to improve your experience while you navigate through the website. Out of these, the cookies that are categorized as necessary are stored on your browser as they are essential for the working of basic functionalities of the website. We also use third-party cookies that help us analyze and understand how you use this website. These cookies will be stored in your browser only with your consent. You also have the option to opt-out of these cookies. But opting out of some of these cookies may affect your browsing experience.
Necessary Always Enabled
Necessary cookies are absolutely essential for the website to function properly. This category only includes cookies that ensures basic functionalities and security features of the website. These cookies do not store any personal information.
Non-necessary
Any cookies that may not be particularly necessary for the website to function and is used specifically to collect user personal data via analytics, ads, other embedded contents are termed as non-necessary cookies. It is mandatory to procure user consent prior to running these cookies on your website.
SAVE & ACCEPT